Louise on the Radio

I was pleasantly surprised to be  invited by Steve Yabsley to be his main guest on his BBC Bristol lunchtime show. The timing was fantastic as I was launching The Crafty Gardeners in early 2018 and this would be a brilliant chance to speak about it. It was close to Christmas and I was busy running wreath making workshops so I was asked to bring in all the materials you’d need. I arrived with my ‘gathered and foraged wreath’ I’d made earlier and my trusty secateurs, of course. As I was ushered through the radio newsroom, I got some great comments about the natural and wild character of wreath. So I felt happy and prepared for the interview, despite feeling nervous about soon being in the spotlight. 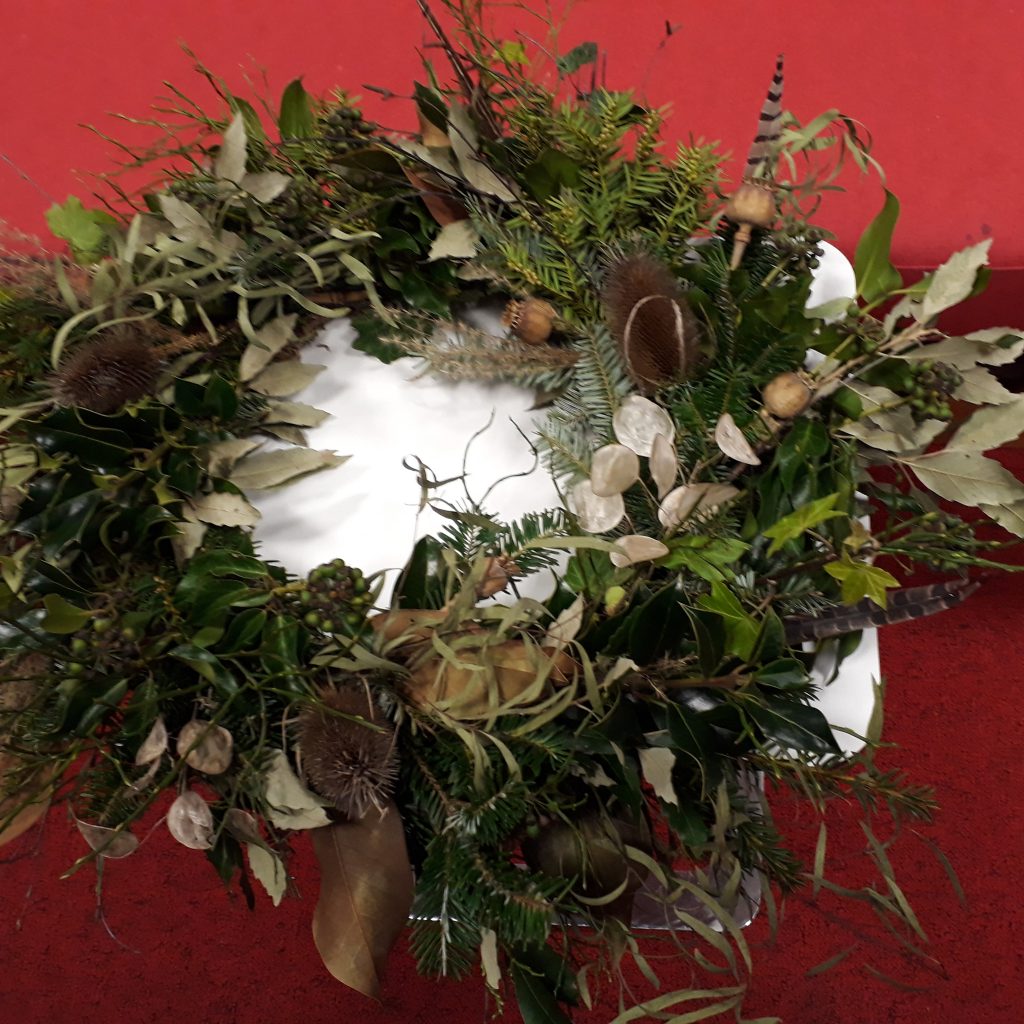 A Christmas Wreath made at a Bristol workshop

The first question completely floored me as I was not expecting to be asked about my childhood home and what jobs my parents did. Thankfully Steve moved on to my student days which lead to a discussion about modern art and culture (3.40). It was at this point that the penny dropped that this was a dessert island discs approach to interviews; but without my David Bowie, Talking Heads and Thin Lizzy tracks! Art

Next we were talking about voyerism, body image and the role social media plays which is an important subject for me both as a parent and personally (6.00).I managed to say a few things but probably not the most hard hitting points as it really was the last thing I was expecting to be talking about that day.

I began to feel more at ease when I was talking being a garden designer, explaining how the process works and what I was given the Tudor Rose award for (7.47). When Steve asked which was the hardest garden I had designed it struck me that I did have a large body of work to look back upon, built up over a long span of time; which suddenly made me feel rather proud. 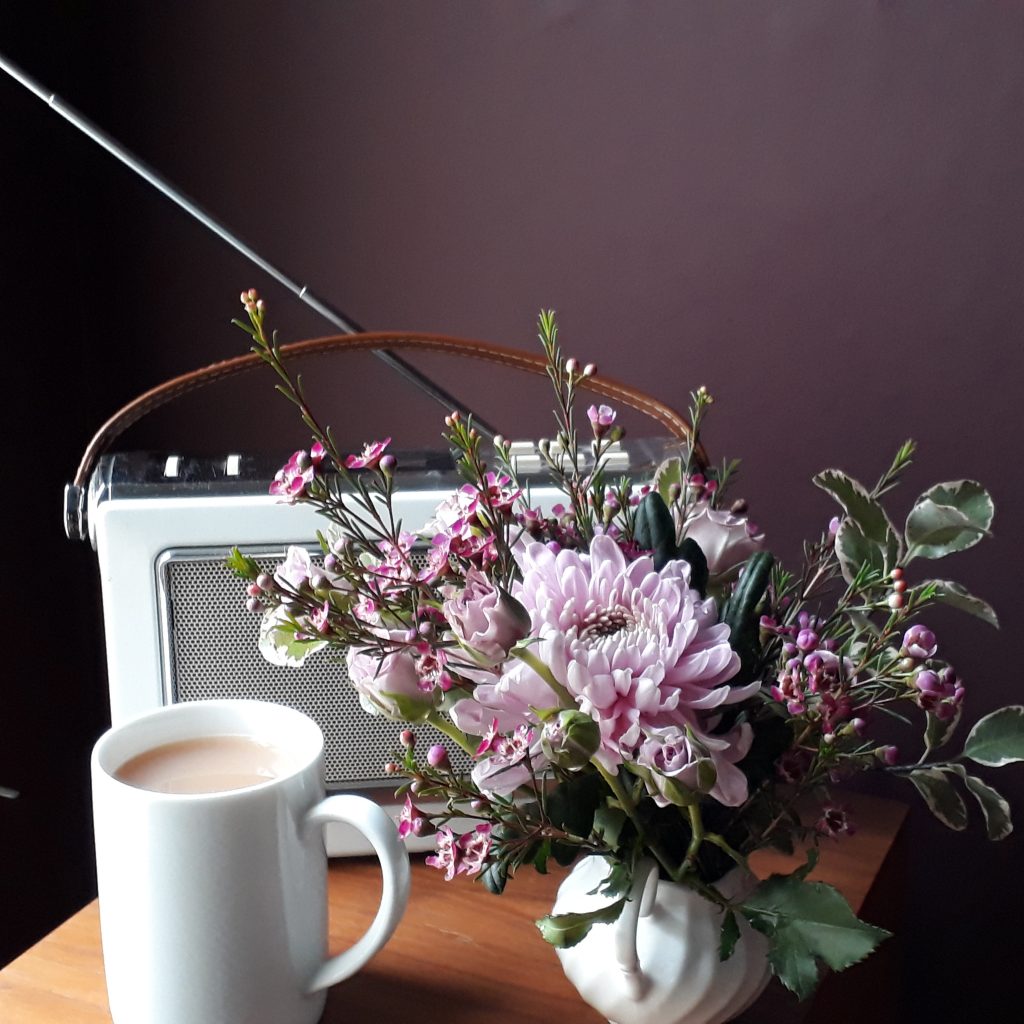 A posy of flowers with a cup of tea makes a perfect break!

To round off the interview, Steve looked to the future and I talked about my new joint venture with fellow garden designer Michelle Wake called The Crafty Gardeners. (17.48) The partnership grew out of a conversation we had discussing  our continual surprise that so many of our clients were really scared of actual gardening and so didn’t feel confident to  make their own gardens; even though they obviously appreciated and valued their beauty. I had seen the same fear in people with flower arranging too, but always found that by teaching just a few basic techniques they could soon feel the pride and joy of making something themselves.

Michelle and I were both running workshops independently and we felt that by joining forces we could create a flower and garden school. Michelle offering workshops on specific topics for garden making and planning, and I would offer the same for flower arranging. Each workshop would stand on its own, a lovely day out, spent in a beautiful venue with delicious homemade food. But additionally they had been designed to work together and create a complete course on garden planning and flower arranging. What appealed to us both was that we could build something very special over time, adding to the programme of workshops each year and bring in guest tutors. 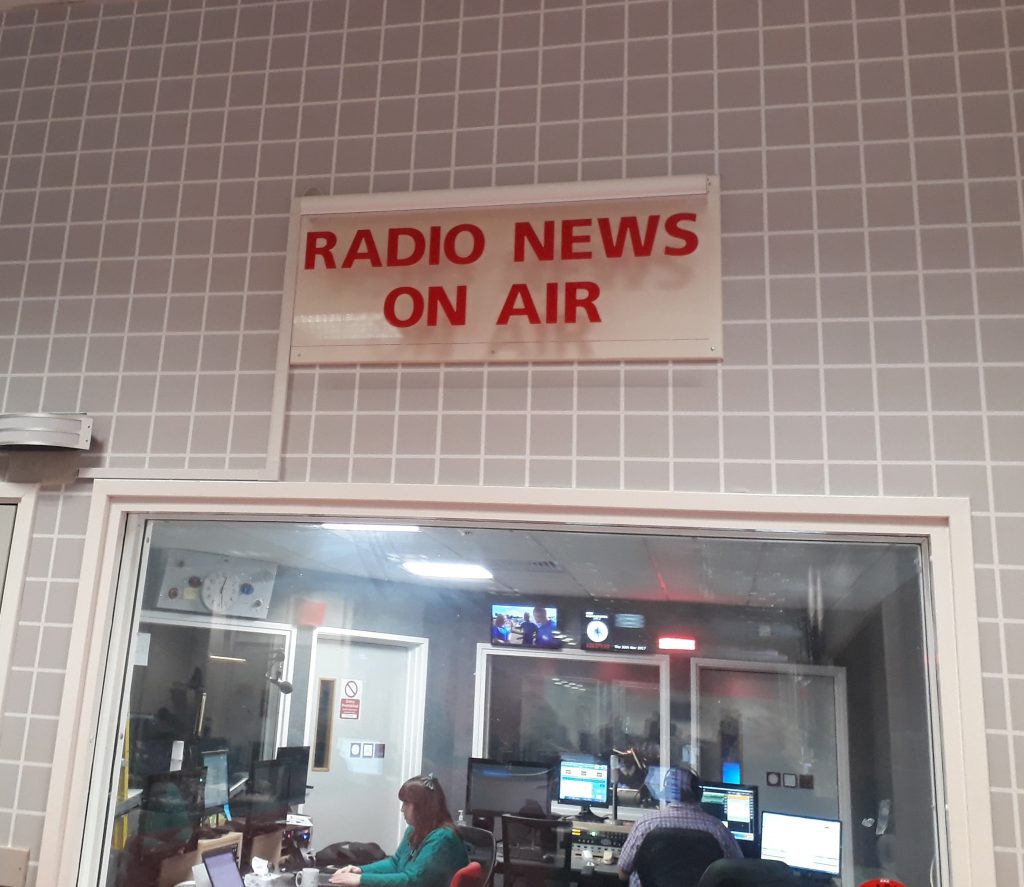 I am glad I had the experience of being interviewed. I know it’s a cliche to talk about stepping outside your comfort zone but that is what I did that day. Plus it gave me the chance to take a moment of reflection which I am also grateful for.

You can listen here to the my broadcast!